With members of his family in the audience along with the attendees of the Poultry Industry Council (PIC) annual charity golf tournament on September 7, 2022, Charlie Elliot was surprised to learn he was the second winner of the “Ed McKinlay Poultry Worker” award for 2020.

The award recognizes an individual who has made a significant and lasting contribution, or has given outstanding service to the poultry industry, which as a result has moved the industry forward.

Charlie has been working in the industry for over 43 years primarily in feed inputs, starting a long career after graduating from University of Guelph and taking his first job at a small feed mill outside of Ridgetown, Ontario.

Over his career Charlie has been recognized as an advocate for education, extension and making the best information accessible for Ontario poultry farmers. Up until recently he was an active member of the PIC board serving two long terms with a special focus on helping new poultry producers get going in the industry. Charlie is described as having an immense curiosity for staying ahead of new information and technologies, and wanting to actively engage in driving improvements at the farm level through ongoing learning and sharing.

Now working as the Ontario Poultry Sales Manager at Masterfeeds, Charlie is joined by his son Ian Elliott at Masterfeeds as the Swine Business manager. 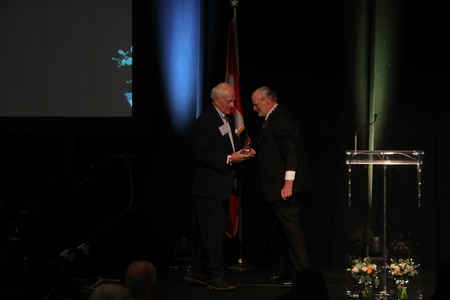 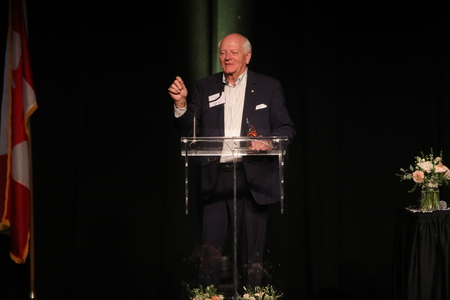 Harry Pelissero, former General Manager of Egg Farmers of Ontario (EFO), has been awarded the Poultry Industry Council (PIC) “Ed McKinlay Poultry Worker” award for 2021. The award was presented at the EFO AGM June 9th, 2022, and recognizes an individual who has made a significant and lasting contribution, or has given outstanding service to the industry, which as a result has moved the industry forward.

Harry is widely recognized for his leadership to the staff and Board of EFO as General Manager from 2003 to 2020. Harry was supported by a vast background in the agricultural industry as he grew up on an egg and fruit farm in St. Catharines as a third-generation farmer.

“We are very pleased to be giving this award to Harry after a long and successful career in the poultry sector,” says PIC Board chair Ed Verkley. “Taking time to recognise such significant accomplishments reminds us of all the progress we’ve made over time, and helps new folks to the industry see real leadership in action.”

As general manager of EFO Harry played an integral role, both provincially and nationally, in representing EFO on Industrial Product and Nutrient Management, and he was instrumental in bringing the EFO’s On-Farm Food Safety Plan to fruition.

Harry was deeply committed to EFO’s Values and Vision through Strategic Planning; ensuring EFO was well-positioned to respond to all emergency situations; and as a result of his excellent interpersonal skills Harry ensured positive relationships with all industry partners.

Harry’s spotlight is was never far from the ‘egg’ in as his never-ending quest for opportunities to increase egg consumption and egg usage was shown through research and promotion.

“We have a few more awards to give out over the next little while as we are catching up from delays due to the pandemic,” says Verkley. “I look forward to sharing more stories about other leaders in our sector soon.”